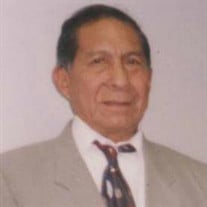 Joseph Daniel Hancock, 87, passed away peacefully at his home at 100, Walnut Street, Bloomfield, New Jersey, USA the morning of March 24, 2016. Born at Crossfield, Pomeroon, Guyana on March 3rd, 1929. Where he attended Primary and Secondary Schools and later post secondary institutions. In 1947 graduated with a Diploma in Education from Bennetts College Of London, England. Joseph was the son of Gilbert James and Mary Emeline Hancock of Guyana. Joseph began his teaching career whilst studying for his diploma in 1945. He was married to Virginia James and their union produced twelve (12) children. Later in life and after his divorce, he was married to Norma Hancock and they had a daughter. He spent the majority of his teaching years as a primary school Principal and Administrator in Guyana. He later migrated to the USA and worked as Therapist at a local health care centre and as a part-time Crossing Guard with the Montclair Police Dept. He is survived by his brother Charles, his sister Eileen, his sons Gerard, Clive, Joseph, Terrence, Chris and Braulino and his daughters, Grace, Yvonne, Jeannette, Pamela, Lalita, Diane and Karen. He is also survived by his 19 grandchildren, 25 Great grand children and 4 great, great grand children and nieces and nephews.

The family of Joseph D Hancock created this Life Tributes page to make it easy to share your memories.

Joseph Daniel Hancock, 87, passed away peacefully at his home...

Send flowers to the Hancock family.