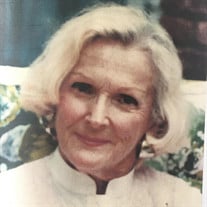 Helen was born and grew up in New Jersey. Her destiny to be a star began at age five when she began piano lessons, followed soon by home organ and singing lessons. After years in the Glee Club, state chorus, school plays, the Little Theatre and Montclair Dramatic Club, Helen began commuting to New York City, working briefly in a secretarial capacity before being registered with the John Roberts Powers modeling agency and Harry Conover in 1940. For 25 + years she appeared in various phases of advertising – fashion billboards, magazines and 40 covers, TV commercials and programs and was the Red Cross Poster Girl during World War II. She enjoyed working with many artists and illustrators of the time and was a model for a Saturday Evening Post USO cover by Norman Rockwell. This career led to a Columbia Pictures contract to appear in the 1943 movie Cover Girl with Rita Hayworth and Gene Kelly. In 1944 she married Bill Geyer, Colgate University football star and Hall of Famer, and former NFL Chicago Bears halfback before he left for overseas service. When he returned, they settled in Upper Montclair in 1947. His business required Bill and Helen to travel far and wide including behind the Iron Curtain to Russia, where they met Bob Hope. This extensive travel earned them membership in the Circumnavigators Club, and international world traveler’s organization for travelers who “circumnavigate” the globe. Blessed with a son Glenn and daughter Gay, Helen became more involved in community life by joining many organizations in Montclair and volunteering wherever she was needed. Helen and her family joined the Montclair Golf Club in 1955 and the Newton Country Club as she was avid sportswoman excelling in tennis, swimming, skiing, bowling and in her favorite golf where as a member of the Woman’s NJ Golf Association she achieved a Hole in One at the Somerset Hills Golf Club, Bernardsville. Her family donated the Montclair YMCA Geyer Family Center, the Geyer Center for Information Technology at the Case Library building at Colgate University and Geyer Hall at the Frost Valley YMCA camp. Helen served on many local boards including the Montclair YMCA and the Frost Valley YMCA (for more than 60 years), as well as the Girls Mounted Troop, the Garden Club of Montclair, the Presby Iris Memorial Gardens (where she developed an annual children’s art show) and she was a member of the Board of Trustees at Upsala College. In addition Helen served on numerous committees and events for the Montclair Art Museum – she was even a floral designer for Art in Bloom! She was recently inducted into the Frost Valley YMCA Hall of Fame and the James B. Colgate Society, Colgate University, Hamilton, NY. Locally, Helen may be best known throughout Montclair and environs as the “Egg Lady” selling her popular eggs from Rhode Island Red chickens raised at her family’s Mountain Rest Farm in Stillwater. Helen was predeceased by her husband William “Indian Bill” Geyer in 2004, her parents Emil and Gertrude Schneider Mueller and her sisters Marguerite (Marge) Mueller Miller and Hildegarde (Hilda) Mueller Neubert. She is survived by her children Glenn Geyer and Gay Floyd, Montclair, two grandchildren Debby and Peter, 6 great grandchildren and her nieces Leslie Miller Fillmore and her husband Jeff, and Diane Neubert Oberg, nephews Ray Miller and his wife MaryLou and Don Neubert. In lieu of flowers, donations to the Helen and Bill Geyer Family Center at the Montclair YMCA, 159 Glenridge Ave, or to the Frost Valley YMCA, 2000 Frost Valley Rd. Claryville, NY 12725 or to the Presby Iris Gardens, 474 Upper Mountain Ave, Montclair would be appreciated. Services and burial at Restland Memorial Park will be private. A Celebration of Life will be held at the later date.

Helen was born and grew up in New Jersey. Her destiny to be a star began at age five when she began piano lessons, followed soon by home organ and singing lessons. After years in the Glee Club, state chorus, school plays, the Little Theatre... View Obituary & Service Information

The family of Helen Mueller Geyer created this Life Tributes page to make it easy to share your memories.

Helen was born and grew up in New Jersey. Her destiny to be a...

Send flowers to the Geyer family.