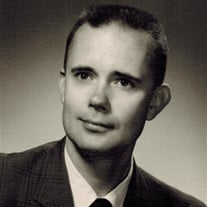 Harry S. Horn, 88 of Bloomfield NJ passed away suddenly on August 14. Harry is survived by his loving wife of 47 years Helga S. Horn and sister Ruth S. Horn. Harry was a Professional Engineer. He worked for Woodward-Clyde Company in Clifton, Haley &Aldrich Inc, Tippetts-Abbett-MacCarthy and Stratton. He also was a Geotechnical Consultant. He graduated University of Illinois with Ph.D. in Civil Engineering, Columbia University with MS in Civil Engineering and Polytechnic Institute of Brooklyn with BCE Civil Engineering. From American Society for Testing and Materials he received C.A. Hogentogler Award, from Boston Society of Civil Engineers he received Clemens Herschel Award. Also in 1978 he was Invited State-of-the Art Speaker and Panelist by American Society of Civil Engineers Conventions & Symposium. Harry was affiliated with American Society of Civil Engineers, International Society for Soil Mechanics and Foundation Engineering and New York Association of Consulting Engineers (Board of Directors and President). Dr. Horn has had many years of experience in geotechnical studied related to the design and construction of building, plants, highways, bridges, tunnels and damns. He served as a consultant for pile foundation and slope stability problems associated with the Trans-Alaskan Pipeline, and has been a consultant on geotechnical design and construction problems associated with dewatering, lateral support and underpinning for deep excavations in New York City. He has also been a consultant on slope stability problems connected with the construction of a large power plant in a clay shale area of western Colorado, and was the geotechnical reviewer of the design of a major interchange on the New York State Thruway, which included one major highway bridge across the existing Thruway. Dr. Horn’s representative assignments include the supervision of field explorations, Portage Mountain Dam, British Columbia; review of subsurface conditions, design studies, and earthwork specifications for several earth damns used for oil storage, Amuay, Venezuela; the supervision of geotechnical investigations for the Dead Sea Project, Sdom, Israel, which included approximately 15 kilometers of cut-off constructed with slurry trench procedures; a study of slope failure and proposed remedial measures, Mayaguez, Puerto Rico; prebid analyses and construction consultation for several large diameter interceptor sewer tunnels in New York involving both soft ground and hard rock tunneling; and a trouble-shooting consultation during the construction of deep excavations and tunnels. Of particular interest are Dr. Horn’s extensive assignments for the transportation industry: studies of tunneling problems associated with the Washington, D.C. METRO; an evaluation of the capacity of pile foundations of existing runway extensions at LaGuardia Airport, Flushing, New York; design studies, and the formulation of subsurface recommendations for a high embankment across soft ground for Interstate I-78, Newark, New Jersey; consultation on the geotechnical aspects of the Westway project in New York City; consultation on rock slope stability problems associated with a series of major cuts for a proposed stretch of Interstate I-287 in New Jersey; and consultation on construction problems associated with rock socketed caissons for a railroad in New York City. Dr. Horn was in charge of geotechnical designs studied for a Category I radwaste building at the Oyster Creek Nuclear Power Station in New Jersey, works a geotechnical consultant on special design problems for the Braidwood Nuclear Power Station in Illinois, and was a geotechnical project manager for site feasibility and design studies associate with proposed nuclear power facility in Israel. He has provided expert consultation for construction claims and lawsuits.

The family of Harry M Horn created this Life Tributes page to make it easy to share your memories.

Send flowers to the Horn family.