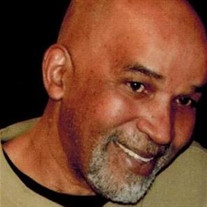 On May 28, 1949, William and Irene Steele welcomed baby boy Gerard Anthony Steele into their lives as the second son and fifth child. His gurgles and soft smiles warmed us and we couldn't wait for him to get bigger so we could play together. In time, he attended All Saints School, in Harlem; went on to Rice High School, then graduation from the Benjamin Franklin High school. Though playful and sometimes, inattentive, he found a deep well of curiosity in books about science, poetry, art, anthropology, history, etc. On January 8, 1970, shortly after graduation from high school, Gerry enlisted in the US Army where he served his country for 3 years. He was discharged and decorated with the National Defense Service Medal and the Armed forces Expeditionary Medal. Several years later Gerry met and married the love of his life Michelle Frazier. They spent several wonderful years together before she past away from a major illness. Gerry spent 32 years in the dangerous confines of the New York City Steam Department of Con Edison, where he fought for the rights of his fellow workers. He was stubborn as could be, not able to be swayed AT ALL once he made up his mind. Possessed of single- minded determination, he followed his own sun across the sky of life. Surrounded by family and extended family, with fishing as his avocation, he was content and happy. Eventually he fell ill with a second bout of cancer, which he fought with vigor and courage, finally succumbing Sept. 18, 2014. Gerry was a most generous soul, willing to help anyone at almost any time just as long as you didn't put green beans anywhere near him; he detested them heartily. Gerry is mourned by a loving and dedicated Son, Gerard Anthony Steele II, Grand Children: Kareem Jayden Steele, Phoebe Neveaha Steele, and Melanie Johnson, brothers: William Steele Jr., David Steele, Sisters: Shirley Steele, Ann Chapman, Miriam Davis, Anita Steele, Barbara Struthers, Janice Oakes, Daughters: Tasha Steele, Shonte' Williams, Michelle Henry, Nieces and Nephews: Nicole Williams, Nathaniel Hughes, Joshua Owens, Jonathan Owens, Helen Price, Tarah Davis, Trinity Hughes, William Steele III, Tracey Owens Hughes, China Gardner, Danya Steele, Dominique Phillips, Brian Onuba, Samantha Owens, Selena Steele. Son-In-Law: Kareem Kennedo and a host of friends. May he rest in peace..

On May 28, 1949, William and Irene Steele welcomed baby boy Gerard Anthony Steele into their lives as the second son and fifth child. His gurgles and soft smiles warmed us and we couldn't wait for him to get bigger so we could play together.... View Obituary & Service Information

The family of Gerard Steele created this Life Tributes page to make it easy to share your memories.

Send flowers to the Steele family.