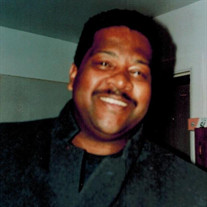 Charles Robert John Vickers Gamble 60, a longtime resident of Montclair, NJ passed away suddenly on October 7, 2016. He was born on June 7th, 1956 to Jerry Lene Gamble and Robert John Gordon at the Paul Kimbul Medical Center in Lakewood, New Jersey. He was later raised by his mother and step father John Peter Christensen in Lakewood and the Dover Pines section of Toms River, NJ. It was at this time that Charles developed a love for the Jersey Shore. Charles attended Toms River North High School where he played the guard position on the high school basketball team. After graduating from high school in 1975, Charles went on to the Culinary Institute of America (CIA) in Poughkeepsie, NY. He graduated from the CIA in 1977 afterwards he went on to perfect his skills at Le Cordon Blue in Paris, France. While at school Charles also developed a love for the Martial Arts. He studied Pen Chat Silat under a famous Grand Master from Indonesia. This is also when Charles would meet his best friend Antonio Ward aka Snowman. After school, Charles’ first job was as a Garde Manger Chef at the Waldorf Astoria where he served the rich and famous of New York and even one time the former President of the United States Jimmy Carter. He also worked as a top chef at many famous and high class restaurants that included Tavern on the Green, Tucano (a restaurant owned by the great soccer player Pele’), La Caraville, La Lutece, The Peppermint Lounge, and Docks. He also worked as the Head Chef at a restaurant named 20/20 that was owned by the famous duet Ashford and Simpson. In February of 1978, Charles met the love of his life Mireille Cesar, and they were later married on June 15th 1980 at the First Seventh-day Church of Montclair, NJ. Together they had 2 sons, Charles Nelk Vickers Jr. and Gabriel Joel Vickers. He and his wife started their own catering business in 1981. He would cater big weddings, private parties, and church events for many well-known celebrities. In 1981, Charles also started teaching Martial Arts classes with the help of his best friend Snowman, at the YMCA in Montclair, NJ. In 1989, Charles with the help of his wife, opened his first vegetarian restaurant called “Café Genesis” in Newark, NJ. He also continued to promote a healthy diet by starting a Soup Kitchen at his church in Montclair with Joseph Holmes in 1986. The Soup Kitchen would be the first in a long line of community service acts for Charles. He also enjoyed teaching self-defense classes to children for the Montclair PAL at the Montclair Public Library. He taught cooking classes to kids and adults at the church and public schools. He also developed a huge passion for finance and became a Stock Trader on the stock market. But Charles’ number #1 love was his relationship with Jesus Christ. He was a devoted Seventh-Day Christian and a student of the Bible. He loved nothing more than to tell people about the Power and Grace of Jesus. It didn’t matter when it was or where he was, Charles was always ready to minister the word of God to whomever was willing to listen. In 1992, Charles was diagnosed with kidney failure and had to go on Dialysis. It was from there that Charles made a big change to his diet to help combat the effects of kidney failure and prolong his life. With the support of his wife, family and friends, he continued to devote his life to God, raising 2 boys, serving the community through many acts, running his catering business, teaching Martial Arts and Self-defense to kids and adults, teaching the Stock Market to his close friends and being a father figure and role model to many youths whom he came in contact with. Charles is survived by his loving wife Mireille, two sons Gabriel and Charles with his wife Larisa and his niece Pascal Jerome and her sons/his nephews Matthew Vickers and Robert Green. His siblings: De’Lois Vickers of East Orange, New Jersey; Valerie Milton and her husband Robert Milton of Richmond, Virginia; George Smith of St. Petersburg, Florida; Raymond Vickers of Los Angeles, California; Ronald Colemen from Princeton, New Jersey; Precious Vickers-Haywood of East Orange, New Jersey; Jerry Lynn Christensen of Island Heights, New Jersey; Leslie Brieger and her husband Nick Brieger of St. Petersburg, Florida; and Robert John Gordon of Lakewood, New Jersey. His granddaughters Sophia and Christina Vickers. And many nieces and nephews. He will be missed. Funeral Service will be on Monday, October 17th 2016, at 12pm at the First Seventh-Day Adventist Church of Montclair, New Jersey.

The family of Charles R Vickers created this Life Tributes page to make it easy to share your memories.

Send flowers to the Vickers family.